Weird Things that Freak Out my Grandkids

Yesterday, we were hanging out at the house after church with the two older granddaughters, getting ready to go to the mall for the Easter dress hunt.  By the way, whew, it was exhausting, but we got some really cute dresses, and Easter hats and shoes as well.  Great-grandma came along and helped pick them out. 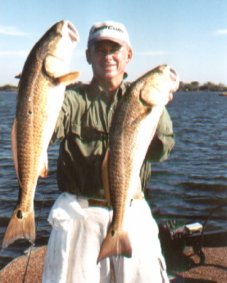 Anyway, before we went shopping, the 6-year-old came out of the bathroom with a hunting and fishing magazine that Papa had in there, and she had a funny expression on her face.  She said, "I don't know if you know it, but on the back of this magazine, there's a picture of a guy holding a fish with his hand in its mouth!"  I'm not sure if she thought the fish was biting the man, or maybe the guy was being mean to the fish by holding its mouth, or if it was just a funny way to hold a fish.  At any rate, it kind of freaked her out.  Papa assured her that this is fairly standard fish-holding procedure, and we went on from there.

Then, a few minutes later, the 4-year-old was sitting on the floor with me, and started just plucking at my socks in a curious way.  I should note that I was wearing knee-high hose.  She asked me several times what I was wearing on my feet, and I kept saying they were my hose.  She finally asked if I could take them off, after plucking at them a few more times.  For some reason, they just seemed overly weird to her, like some kind of strange, sort of see-through sock.  I'm thinking that she hasn't seen hose much, since under-40s don't wear hose these days, but I wear them very frequently with slacks.  At any rate, she was pretty weirded out.

So, these are things that freak my grandkids out.  They love the bats at our zoo, though, and have begun naming the spiders that hang around outside.  All in all, I think they're doing all right.

Posted by Webgrandma at 2:44 PM

LOL! Besides pantyhose and knee-highs, there are a host of other things that our grandkids may not recognize, like record albums and clothespins. Mine wouldn't know what an iron is, except that I use one on their Perler fusible bead creations!